skip to main | skip to sidebar

Your Finest Box of Chardonnay, Please. 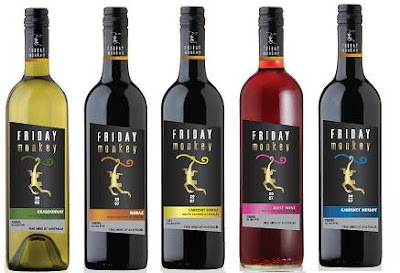 It ain't easy being a consumer or a retailer or a marketer; it just ain't.

Consider a recent study by researchers at the Institute of Vine and Wine Sciences in Bordeaux, France. These scientists found that white wine loses its freshness within six months in PET bottles and bag-in-box packaging, compared with glass packaging. Red wine also fared better in glass bottles during the yearlong testing period.

I am guessing there are no more than three people in the world who are shocked by these findings... and that may be a stretch.

As you might imagine, the wine brands (no names please) who have shifted to plastic bottle and bag-in-the-box formats point out "the new bottles are lighter than glass bottles and also carry environmental benefits." Which is no doubt true, but does not address the claimed issue.

Best of all, the article offers no definitive conclusion. Which leaves me wondering: could something so simple as buying a bottle of wine be any more complicated?

Here is a test you can take at home: visit a local wine store or even the adult beverage department of your favorite local grocery store. Assuming you are not a connoisseur (and I am not) how would you decide what to buy? What do you even focus on – price, color of wine, color of bottle, shape of bottle, size of bottle, quality of label, coolness of name, type of closure, P.O.P advertising, an article from Food & Wine magazine taped to the shelf? Now add to to all this the new debate about plastic bottle vs. bag-in-the-box vs. glass bottle. Sheesh, this is probably why I drink beer.

Last weekend I found myself at World Market in search of a cheap Australian wine (Friday Monkey) for my better half. Of course they did not have it in stock, but they did offer to order it for me. Unfortunately she wanted to drink it that night, so we opted to roam the aisles. It was a beautiful experience; there were wines from all around the globe in every shape, size and color imaginable. I was mesmerized and somewhat smitten.

Ultimately, however, we acquiesced to the advice of a twentysomething store associate who suggested a particular zinfandel that he tried and liked last week. Interestingly the wine was not featured on an end cap or prominently displayed on a shelf... it was neither under nor overpriced... it was not a recognizable winery or product brand name... they were not offering free samples... and the label was ordinary at best.

But we bought it nonetheless and it turned out to be pretty good, which is more than I can say about the apparent value of marketing in the wine industry.
Posted by Sweeney 3.0 at 2:16 PM 1 comment: Links to this post 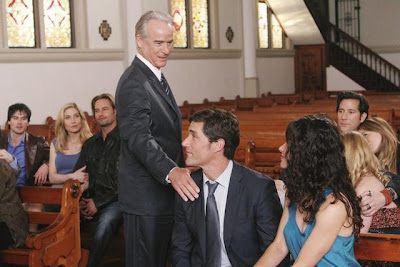 Goodbye LOST... and thank you for a great run.

When I was a young boy,
My father took me into the city
To see a marching band.

He said, "Son when you grow up,
would you be the savior of the broken,
the beaten and the damned?"
He said "Will you defeat them,
your demons, and all the non-believers,
the plans that they have made?"
"Because one day I'll leave you,
A phantom to lead you in the summer,
To join The Black Parade."

When I was a young boy,
My father took me into the city
To see a marching band.
He said, "Son when you grow up,
would you be the savior of the broken,
the beaten and the damned?"

Sometimes I get the feeling she's watching over me.
And other times I feel like I should go.
And through it all, the rise and fall, the bodies in the streets.
And when you're gone we want you all to know.

A world that sends you reeling from decimated dreams
Your misery and hate will kill us all.
So paint it black and take it back
Let's shout it loud and clear
Defiant to the end we hear the call

Do or die, you'll never make me
Because the world will never take my heart
Go and try, you'll never break me
We want it all, we wanna play this part
I won't explain or say I'm sorry
I'm unashamed, I'm gonna show my scar
Give a cheer for all the broken
Listen here, because it's who we are
I'm just a man, I'm not a hero
Just a boy, who had to sing this song
I'm just a man, I'm not a hero
I! don't! care!

Do or die, you'll never make me
Because the world will never take my heart
Go and try, you'll never break me
We want it all, we wanna play this part (We'll carry on) 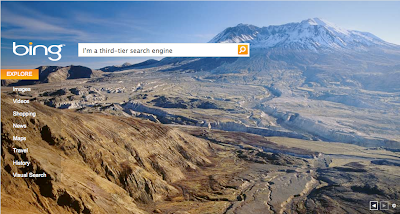 When I was living in Chicago, someone once told me that Cleveland was Detroit without the glitz. Being a Cleveland native, I was not amused, but I did understand. They were both once proud lakefront cities that rose up during the great industrial revolution, thrived mightily through the manufacturing base that settled there and are now mere shadows of their past... struggling for a new identity and a brighter future.

They would both like to be Chicago or New York, but they are not. They did not have the vision when it was required – some 50 years ago. They did not see the future until it had closed in on them. Oh sure, they tried to fix things. They voted in well-meaning government officials who promised change. They built new stadiums and entertainment venues. But in the end, they simply had nothing special to offer that one could not get better in Chicago or New York.

And that, in my opinion is the problem with Bing. Microsoft was late to the search engine party and when they finally arrived they simply tried to repackage Google and present it as something new, spending more than $100 million to convince the consuming public that Bing had zing.

But in the end, Bing still holds less than 10% of the total market share of searches. I wouldn't categorize it as a failure, but it isn't exactly a big success. Just imagine what might have happened if Bing actually came to market with something innovative... something unique... something of value.

While imitation may indeed be the most sincere form of flattery, it is rarely the best business move.
Posted by Sweeney 3.0 at 2:46 PM No comments: Links to this post

Remember When Fat was Fun? 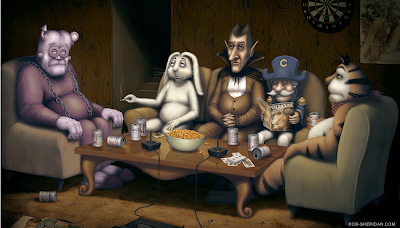 The brilliant illustrator Rob Sheridan created Cereal Mascot Reunion a few years ago to show that "things are never as good as they used to be."

Apparently Rob is a bit of a psychic. Imagine the depression poor Cap'n Crunch and Tony the Tiger must be feeling now that the White House wants them banned from future marketing.

But hey, if that's what it takes to stop the runaway fat kids train, then so be it.

According to the Wall Street Journal, "A new 120-page report released Tuesday by the White House says food companies should extend their current self-imposed regulations to cover all forms of marketing to children, and food retailers should avoid in-store marketing that promotes unhealthy products to children. It says all media and entertainment companies should limit the licensing of their popular characters to food and beverage products that are healthy."

Finally, sanity reigns supreme. The chubby crisis is all but over. And it was so freakishly easy: Just get the evil marketers to kill off or otherwise transition their popular characters into health nuts and everyone will be thin and healthy. No more plump pubescents, no more obese babies, no more chunky children. Karen Carpenter would be proud.

Welcome to the New World of "InYourFacebook" Marketing. 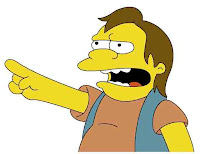 The battle to ban corn syrup is succeeding – not in proving that corn syrup is bad for our health; there is actually little proof of that at all – but in scaring consumers and causing manufacturers to buckle under at the first sign of adversity. In fact, some manufacturers are so concerned they are going old school and replacing corn syrup with sugar – even though they know it is no healthier and it costs more to produce.

And how exactly did this happen? According to the New York Times, "What started as a narrow movement by proponents of natural and organic foods has morphed into a swell of mainstream opposition, thanks in large part to tools of modern activism like Facebook, YouTube and Twitter and movies like “Food, Inc.” and “King Corn.”

If this is the true power of social media – to intimidate – it is time to disconnect or at least distance yourself from the Internet. Marshall MacLuhan told us long ago that the medium was the message, but at least TV and radio and newspapers and magazines were operated by trained professionals adhering to government mandated standards. In today's new world order virtually any inmate can run the asylum... and the general public seems to be okay with that. Or perhaps the Internet has simply made public what some of us have always suspected: there are a lot of devious people in this world who will use any tactic to get what they want (including social media). I believe Machiavelli talked about that at great length.

Imagine that a bunch of e-mails and Facebook comments and blog posts could actually convince big-ass brand name products like Gatorade drinks, Kraft salad dressings, Wheat Thins, Ocean Spray cranberry juice, Hunt's Ketchup and Pepsi and Mountain Dew Throwback to abandon corn syrup and replace it with sugar. We are not talking about tens of millions of protesters or even millions of protesters. In fact, no one really even knows how many anti-corn syrup protesters we are talking about. We just know there are Facebook groups out there like “THE BAN OF HIGH FRUCTOSE CORN SYRUP IN THE U.S.” And based on the misinformation they are spreading, manufacturers are throwing in the towel.

Why? Because what these groups are saying about the evils of corn syrup are true? NO. Because these activists carry so much weight they could sink a brand powerhouse? NO. Then WHY?

“Manufacturers are tired of hearing about the e-mails, the 800-number calls and the letters,” says Phil Lempert, editor of the Lempert Report, which focuses on supermarket trends. “People don’t want it, so why fight them?”

Since when did American manufacturers give in to the unsubstantiated rants of any consumer group, let alone Twitter and Facebook groups? When did businesses start allowing fear to run roughshod over reason? In the quest to protect their precious brands, companies are losing sight of logic.