skip to main | skip to sidebar

LOST: Of Mice and Men

My updated theory on how island Sawyer dies...

In "The Substitute, the 4th episode of season 6, Sawyer puts fake Locke - and himself - to the test:

SAWYER: Do you read?
LOCKE: Excuse me?
SAWYER: Books. Do you read books?
LOCKE: Sure. Who doesn't?
SAWYER: My favorite's Steinbeck. Of Mice and Men. You know that one?
LOCKE: Nope. A little after my time...
SAWYER: It's about these two guys, George and Lennie. Lennie's kinda slow... causin' George problems... so George walks him into the woods and tells him to look out yonder and picture the pretty little house they're gonna live in some day. Then he shoots Lennie in the back of the head.
LOCKE: Well that doesn't sound like a happy ending.
SAWYER: It ain't.
[Sawyer points a gun at Locke]
LOCKE: What's on your mind, James?
SAWYER: I'm wonderin' what would happen to you if I put a bullet in your head.
LOCKE: Why don't we find out?

Fast forward now to the showdown at the OK Corral, where fake Locke and his group of gullibles have managed to capture the temple. Proud of his accomplishment, only Flocke knows that this is just the first battle of the war.

Flocke smiles at James and asks him to accompany him. "Where to almighty wizard?" Flock smiles: "I told you you were close. Now let me show you just how close we are." Flocke leads Sawyer through and below the temple where they come upon a standing pool of water. Flocke tells James to look into the pool and picture his future.

James looks more closely. "What the... Juliet?" A tear streams down his cheek as he sees himself with Juliet in a coffee shop.

Then Flocke shoots Sawyer in the back of the head.

Dead is Dead and LOST is Lost.

Okay, so once a year I indulge my inner child by talking about LOST. I am a fan bordering on being a fanatic. Have not missed an episode since the season premiere. Don't know why. Can not explain it. Hooked.

Anyway, for anyone out there who is likewise or even remotely as interested as I am in this insanity (I blame it all on Shel Silverstein - Jimmy Jet and his TV Set), I want to go on record with my "reveal" of how the season and series will wrap itself up.

It's 8:15 a.m. and Desmond Hume's alarm clock is blaring. He awakens on his sailboat and joyfully calls out to Penny and little Charlie to let them know he is awake and ready to join them for breakfast. No reply. "Penny?" "Charlie?" Joy turns to surprise. "Penny." Surprise turns to apprehension. "Penny! Charlie!" Apprehension turns to fear as Desmond reaches the deck, his head (and the camera) swirling. No one in sight. Desmond is alone. "PENNNNY!" "CHARLIEEE!"

Back on the island, Dark Locke and his band of mystified misfits attack the Temple. It is now clear that Flocke's intent is to kill every living soul on the island... fight together, die alone. While Jack and Hugo are off at the lighthouse pondering Jack's destiny, the battle royale is in full swing. Jin and Sawyer are along for the ride (caught up and clueless) until they spot their constants (Sun and Kate) and quickly move to protect them from the melee.

Back in the real world, Desmond goes to the only place he can go. Confronting Charles Widmore, who appears not to recognize Desmond and suggests that he has no idea who this "penny and baby Charlie" are... until Desmond mentions the island. "You know about the island?" Widmore asks. Desmond is frantic and frustrated and, well, lost. "Of course I know, you know I know." Neither Desmond nor Charles appear to know that the "incident" has changed their fate as well. But they piece it together and Desmond is off immediately to do the one thing he and Charles have both failed to do for six years – destroy the island (follow a bearing of 325 degrees or 305 degrees).

Flocke wants to free himself from the island. Jacob wants to keep Flocke on the island. The Losties want to go home. Desmond and Widmore want to blast the damn island into oblivion. Where will the madness end as all the forces finally converge on the temple with different and opposing goals? And don't forget, there is a sideways life going on back in the real world.

It requires pure good to destroy pure evil, so Flocke gets taken out by Desmond. 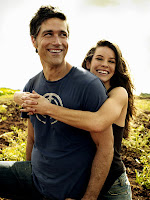 As for Jack and Kate, it turns out Ms. Austen got pregnant on her last trip back home, and Jack is the man, so they must die in Tustin and spend their remaining days raising their family on the island... and Jacob and Ilana will be around – if only in spirit – should you need them.

Of course, this is all ridiculous conjecture - part science, part romance, mostly lunacy - and none of it is likely to happen this way. But what the heck, the series can only end once, anything that happens before that is just progress.
Posted by Sweeney 3.0 at 9:47 AM No comments: Links to this post

What Tiger Did Today is NOT PR.

Call it what you want. Call it spinning. Call it baring his soul. Call it dancing. But please don't call it PR. Our industry doesn't need any help smearing its image.

Tiger Woods is to PR what Michael Vick is to veterinary medicine. There is no connection.

And if you insist on calling it PR, at least have the decency to label it as bad PR, much the way Enron's ex-CFO Andrew Fastow practiced "bad accounting" and landed in a U.S. jail for 10 years.

Any communications professional worth his or her salt will tell you that Tiger waited WAY TOO LONG to talk. And now that he finally did speak out – conducting a one-way "media conference" – we can also tell you that he accomplished nothing. As a result, when Tiger finally does make his way back onto a golf course, fully expect an exceptionally brutal and slightly uncomfortable reception from fans and media alike. I believe this goes to one of Buddha's Four Noble Truths:

Samudaya: There is a cause for suffering.

I truly hope that Tiger gets his life together. I hope he can prove himself to be a worthy husband, father and son. And I hope he finds his way back to the golf course and still has his game.

I also hope everyone realizes this is not PR.
Posted by Sweeney 3.0 at 3:07 PM No comments: Links to this post

Who is Arthur Okun... and Why Should I Care?

Lists are great. They help us focus on what's really important instead of getting lost in a sea of data. And for those of us with attention deficit disorder, they allow us to latch on to the essence of things and forgive us for forgetting the nasty details where the devil lives.

Having spent most, though not all of my life in Cleveland, I was thrilled to hear while on my drive into work this morning that in addition to adding Antawn Jamison to the Cavs roster, we topped another list: The Most Miserable U.S. City.

According to Forbes, "The widely tracked Misery Index initiated by economist Arthur Okun, which combines unemployment and inflation rates started 2009 at 7.3 and rose to 12.7 by the end of the year thanks to soaring joblessness. That is the highest level since 1983."

Apparently we edged out Stockton, CA for the top spot honor. Take that. In the words of Shaq, "Hey Stockton, tell me how my a** tastes." Next in line was Memphis, Detroit and Flint. Chicago and New York are also in the top 20. It's a veritable Who's Who of misery.

In case you are wondering, Arthur Okun is dead. And as Ben Linus says in LOST, "Dead is dead." But his legacy lives on. In the world of economics, Arthur Okun was the man. He had a brilliant education, a stellar career and a lot of great ideas, like Okun's Law and his supply-side theory of the "leaky bucket".

But I am pretty confident that his renown as the Father of the Misery Index is not something he would be terribly proud of; at least not the way it is being used. I am almost positive, though I never met the man, he had no intention of having Cleveland, Chicago and New York make national headlines as America's Most Miserable Cities.

I know that Americans love their lists, and I also know that misery loves company. But with all due deference to Forbes, Arthur Okun and David Letterman, I am absolutely certain this is one list we can all do without.
Posted by Sweeney 3.0 at 9:20 AM No comments: Links to this post

As I read the headlines in the New York Times this morning, my head began to shake left-to-right, then it began rattling uncontrollably until it finally popped off. What in the world is going on out there? Have we lost our sensibilities? Have we lost our way?

I am no expert (as many will attest), but I am pretty darn sure there is something wrong in the world when:

in the middle of a recession caused by the banking industry, the head of Wells Fargo, John Stumpf, receives an annual salary of $18.7 million.

the best opportunity American motor companies have to increase sales is to offer consumers $1,000 discounts on Toyota trade-ins.

10 years (and billions of dollars) after serious discussion began on the issue of global warming (climate-change), there remains no consensus and no action.

one of the federal government's more successful and popular programs is food stamps.

the President's wife has to mount a national campaign to let parents know their children are obese.

Maybe it's just me, but this sound very much like what my dad often referred to as "going the hell in a hand basket." It reminds me of something from you youth... 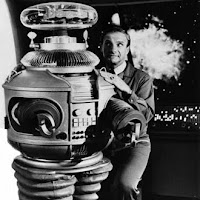 This Valentine's Day, Give Them a Heart Attack

Among my favorite and most vivid schoolboy memories is Valentine's day. With barely an effort I can still conjure up the fresh smell of chalk and chocolate, and the joyful sounds of giggling girls and tortured boys as we all sorted through and passed out our Valentine cards.

Sure, it was a holiday created and perpetuated by the greeting card companies, but who cares? We got cards from pretty girls and candy from loving parents, and everyone, everywhere seemed happy and dare I say, in love.

But that was then and this is now.

And what was once a beautiful and innocent day of swooning and smooching is now an ugly example of what my dad used to call a businessman's holiday.

So I have to ask: what will you give (or get) this Valentine's day? Maybe a Vermont Teddy Bear or a lovely floral bouquet from 1-800-IMPERSONAL. Perhaps a sexy baby doll tap set from Pajamagram or a heart pendant from Tiffany & Co. Personally I am holding out for the Couples Massage gift certificate.

Or maybe I'll go Web 2.0 and send an e-card or just tweet my sweet.

Perhaps this year, regardless of what else we do or whatever goofy gift we decide on, we should all take a moment to look our loved ones in the eyes. Embrace your significant other, your children, your parents, whoever. Go nose to nose and just stare for a moment. Then tell them in no uncertain terms – with all the honesty and innocence you can muster up – I love you. I promise you, they won't know what hit them.

Happy Valentine's Day.
Posted by Sweeney 3.0 at 11:15 AM No comments: Links to this post